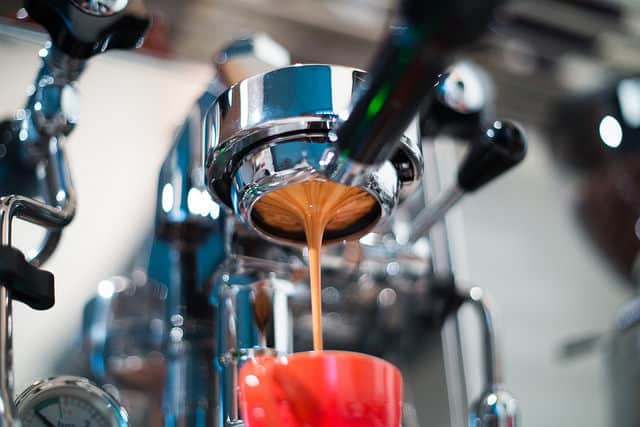 If you've ever walked by the Radisson Blu Warwick Hotel at night, you know that it's pretty hard to miss. Its signature ethereal blue light illuminates the lobby and filters through large windows out onto the sidewalk, beckoning guests to come inside. Now you have a reason to do just that even if you're not staying the night. Bluestone Lane Cafe opened at the end of November inside of the Radisson Blu, just a few blocks from Rittenhouse Claridge.

It's the first Bluestone Lane cafe to open outside of New York City limits, and it promises the same Australia-inspired menu as the flagship location in NYC. That means you'll be able to dig into dishes like the avocado smash crowned with heirloom cherry tomatoes, feta cheese, sunflower sprouts, and tahini sauce, or the coconut-quinoa porridge with sliced almonds, mixed berries, and cashew cream on top. Of course, top-notch coffee — like the ever-popular flat white — and tea are on the menu, too, at Bluestone Lane.