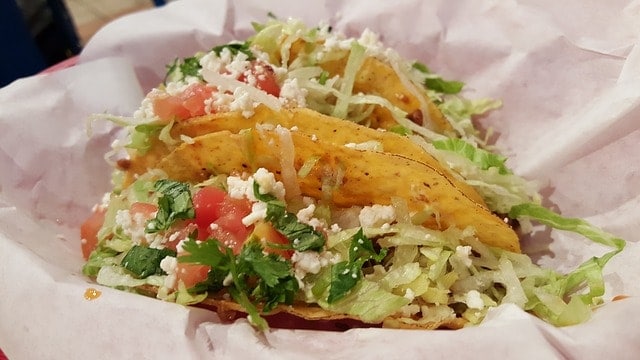 "I want to keep the menu simple and just serve the best tacos," Florian Furxhiu told Philly Eater a few weeks before he opened Illegal Tacos on January 19th at the corner of Broad and Lombard. Now that the eatery is open, it appears Furxhiu is keeping his promise. The meats are authentically roasted on a rotating spit, the menu consists of four entrees, and the tacos are raking in rave reviews from his first customers.

Start by selecting your main dish: tacos, a burrito, a taco bowl, or a rice bowl. Then select which of the rotisserie-seared meats you'd like to try. They include al pastor and carnitas, short rib and chorizo, and chicken and shrimp. You can also skip the meat and opt for veggies instead. Then, depending on which entree you ordered, the chef will stuff the meat instead of tacos, pack it into a burrito with rice and beans, layer it atop a fried tortilla bowl filled with lettuce and black beans, or toss it over tender rice. Add a Mexican soda to round out your meal.