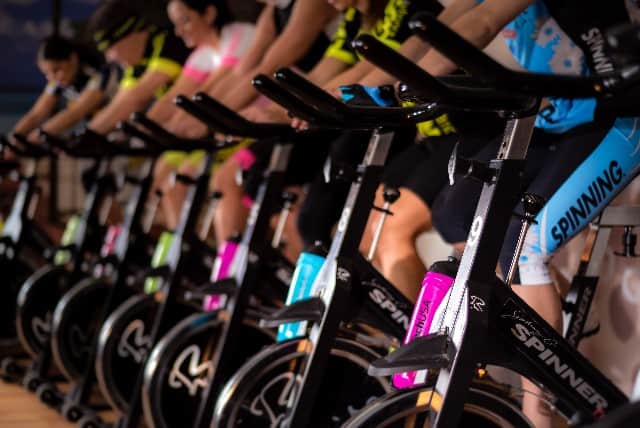 Maybe you don’t think a spin class is your thing, but that could just be because you haven’t found the right spin class yet. When Revel Ride opened in May, its goal was to appeal to all types of athletes, from the seasoned exerciser to the uncoordinated newbie and everyone in between. That’s why the studio offers three distinct spin classes.

Revel in the Rhythm relies heavily on thumping music to lead fitness-oriented choreography. If you’re motivated by music and have a good sense of rhythm, this is probably the class for you. But if you feel more inspired to move by some friendly competition, try Revel in the Fight instead. You’ll be competing against classmates and your own PRs to fight your way up hills and push through Tabata training. For someone who just wants a straightforward spin class, Revel in the Ride promises just that.