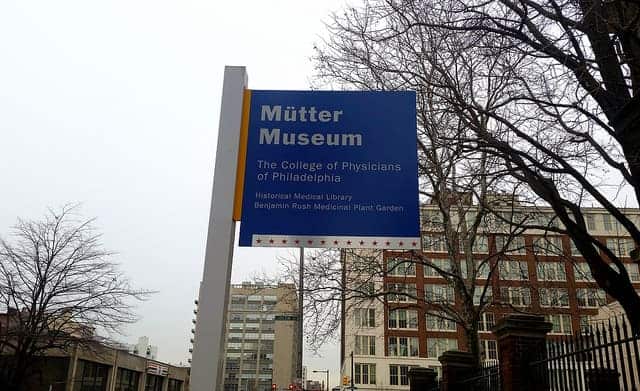 If you've lived in Philly your entire life, then chances are you've visited the Mutter Museum on a field trip or family day at some point. But if you're relatively new to the city, you should know that Rittenhouse Claridge is just a few blocks away from one of its most unique museums, the Mutter Museum.

Unlike other educational spots in the city, the Mutter Museum is dedicated entirely to medical oddities—its goal is to make sure guests leave "disturbingly informed." That's why it has an entire wall of skulls, 139 to be exact, originally collected by a Viennese anatomist studying the different structures of noggins among Caucasians. Another highlight is the Soap Lady, a woman's body discovered in 1875 that had been preserved by a fatty, soap-like substance. From presidential tumors (Grover Cleveland's) to a piece of Einstein's brain, the Mutter Museum boasts some of the weirdest, most interesting "artifacts" around.