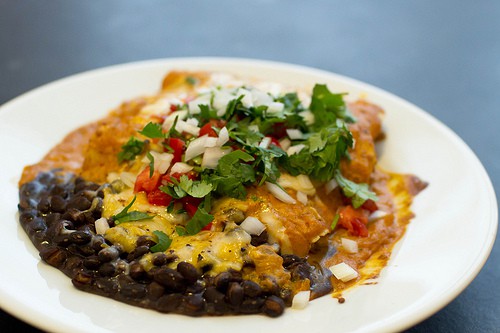 If you're a fan of Hawthornes Beer Cafe, then you probably already know that its owners unveiled their latest endeavor to the city when Tio Flores opened in November at 16th and South Street, about a quick walk from Rittenhouse Claridge. The eatery boasts the same caliber of food and drink, but with a much different theme. In lieu of eclectic international and American fare, Tio Flores serves up classic Mexican cuisine.

Make no mistake, though, there are still plenty of beers on tap at Tio Flores—70-plus, to be more precise. Pair your pint with the signature Tio guacamole, crafted in-house with blue cheese and toasted almonds, or some small plates ("platos pequenos") like black bean hummus and fajita nachos. You can also order tacos stuffed with chicken tinga, lentils and roasted cauliflower, or beer-battered tilapia, all of which perfectly complement a frosty brew or a margarita.